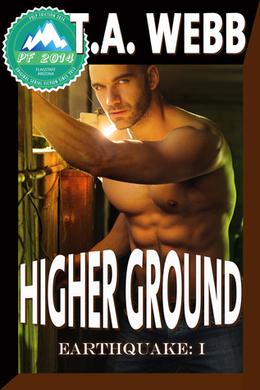 Charlie Turner walked away from college, his boyfriend, and his dreams to step into his late father’s shoes. When you’re nineteen, those shoes can be pretty damn big, and ten years later he’s feeling the pinch.

Turner and Sons Construction is a success, but Charlie hasn’t had a date since…he doesn’t want to remember. When he’s hired to do renovation work on an art gallery, he had no idea the sparks would fly so quickly with the owner. Amos Greene—arrogant, pushy, and an all-around jerk—is one of the sexiest men Charlie can imagine. But it’s not a good idea to get your honey where you get your money.

Determined to make some changes, Charlie moves to Mountain Shadows in Flagstaff. But how will that impact the fragile relationship he has with his brother, Damon? Keeping the brat out of juvie is practically a full time job, and the changes Charlie is making might just blow up in Damon’s face.
more
Amazon Other stores
Bookmark  Rate:

'Higher Ground' is tagged as: