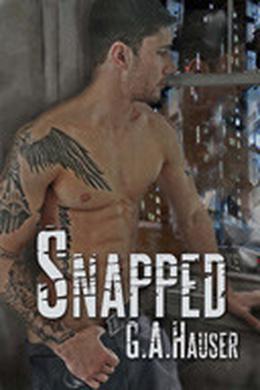 Thirty-nine year old, Bryce Hayes thought when he left the military and joined the Seattle Police Department, there would be nothing he couldn’t handle. He’d seen it all; the worst of what mankind could do to each other.
But the Seven Deadly Sins had yet to rear their ugly head. Lust, Greed, Envy, Sloth, Pride, Wrath, Gluttony. And Bryce was about to encounter them all embodied in one man.
What Bryce witnessed on his first phase as a student with Field Training Officer Kohl Abbott, he found inconceivable corruption. As a thirty-nine year old ‘rookie’ paired with the senior officer from hell, Bryce had no idea when he was told to ‘stay put’ in the patrol car, that his training instructor Abbott was breaking fingers and kneecaps for protection money from the small local businesses.
While in the Special Forces, Bryce was taught to shut up, to not reveal information. But this time? When the net came down on the corruption he was caught in the snare. Bryce was tossed out of the department with the garbage, but was not prosecuted. He never knew why not.
Twenty-eight year old Joel Vandergrift lived up on Capitol Hill in Seattle, worked as a photographer and taught literature classes at night. But, his real love was writing. Having his first few novels hit the bestseller lists, Joel was gaining recognition and finally thought earning a living as a writer was a possibility… until his apartment is broken into, and his computer with all his work on it, is stolen.
A day later, Joel sees his latest bestseller being sold, but under someone else’s name.
The irony of just having met a bartender named Bryce Hayes, whose behavior was suspicious to Joel, made Joel believe Bryce had a hand in the treachery.
But Bryce knew the reality.
Kohl Abbott was writing under an assumed name, his first best seller documenting his ‘life of crime’. Even though Abbott had served time in the county lockup for his deeds, he had been released early. Abbott knew dirt on many men, including cops and councilmen…including Bryce.
What at first had been an ultimatum for Bryce from Abbott to find something nasty to discredit Joel as a top writer, had changed. Secrets, lies, and disastrous decisions that were impossible to take back, push Joel and Bryce together- as lovers, then as reluctant enemies. And it isn’t until one man finally has had enough that fate takes over.
SNAPPED!
Lust, Greed, Envy, Sloth, Pride, Wrath, Gluttony- The ‘Infamous 7’ change one man from a cynic into a killer. And Bryce sees first hand, how war is not only fought on the battlefield, it is also drawn from the mighty pen.
more
Amazon Other stores
Bookmark Rate Book

Buy 'Snapped' from the following stores: