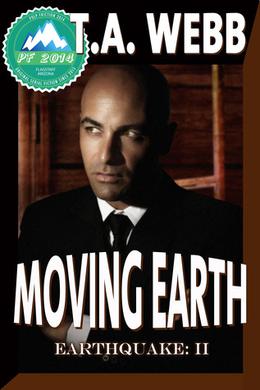 Now that Charlie Turner has control of his life again after ten years of watching out for his mom and younger brother—Damon—his eyes have re-opened to his buried wants and needs. His late father always told him to go after what he wants in life—to move heaven and earth to get what’s important to him—and what he wants now is Amos Greene.

Amos Greene screws like a god, loves art and money, and figures that’s all anyone needs to know about him. Until he meets Charlie Turner and the earth moves under his feet. The walls he’s built around his heart are no match for Charlie’s huge, open spirit.

After listening to Damon and Amos set up a plan to catch a group of teen psychos-in-training, Charlie finds himself on the ass end of an amateur stakeout—but what he discovers could change Charlie’s—and Amos’s—life forever.
more
Amazon Other stores
Bookmark  Rate:

'Moving Earth' is tagged as: