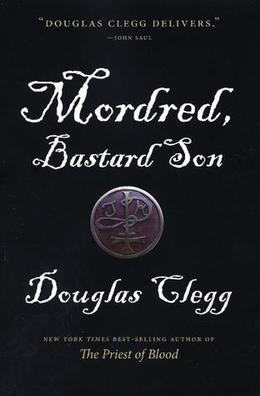 Stoker Award-winning novelist Douglas Clegg (Afterlife, The Hour Before Dark, and over a dozen other best-selling novels of contemporary horror) sets his rich imagination to the task of reinventing Arthurian legend, and the results are spectacular. A young monk becomes enthralled by the story a mysterious prisoner begins to tell as he tends to his wounds. The prisoner is Mordred, bastard son of King Arthur Pendragon and his half sister Morgan Le Fay, who has been arrested for murder and treason. His story is one of ambition, power, and betrayal, and it will change the monk's life forever. In Clegg's ambitious reimagining of Camelot, Mordred, the traditional villain of Arthurian legend, emerges as a heroic and romantic figure, torn between his powerful mother's desire for revenge against Arthur, his own conflicted feelings toward the father who betrayed him, and his passionate love affair with a knight in King Arthur's court: Lancelot. The first of a trilogy, Mordred, Bastard Son sets the stage for an epic adventure of love, friendship, magic, war, and betrayal, a fresh, dazzling chapter in the Arthurian canon.

Douglas Clegg has been called "the new star in horror fiction" by Peter Straub, and The New York Times best-selling author Dean Koontz says, "Clegg's stories can chill the spine so effectively that the reader should keep paramedics on standby." He is the author of many books, including the bestsellers Nightmare Chronicles, The Hour Before Dark, The Infinite, and You Come When I Call You. He lives outside Manhattan.

'Mordred, Bastard Son' is tagged as: