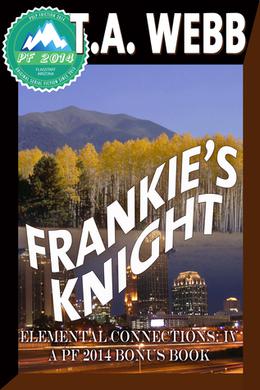 Teenage boys are disappearing from the streets of Atlanta, and Detective Frankie Prater is resolved that, this time, one will make it out alive. The trail leads to Flagstaff, Arizona, and a man suspected of being a sadistic rapist and killer.

Brady Owens lived six years as a prostitute after his parents threw him out at the age of twelve. After surviving a vicious attack, he found a home with Frankie and his kids. Now he’s eighteen and tired of Frankie’s excuses for not taking their relationship to the next level. Perhaps a trip with just the two of them—even if it is a business trip—is what Frankie needs to see Brady as a man and not a victim.

From the hard streets of Atlanta to the Painted Desert of Arizona, the race is on for Frankie to find not only a missing boy, but his own Knight.
more
Amazon Other stores
Bookmark  Rate: