I'd Kill for You 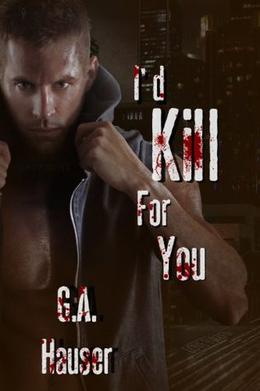 Working undercover was not one of Dee William’s favorite assignments, but when things in his life got too complicated he decided to accept the offer. Dee was to infiltrate one of LA’s most violent street gangs, and help the authorities build a RICO case against the gang leader. What Dee finds is that the gang is not the real target of the Bureau. They are out to net bigger fish, leaving Dee to broker drug deals worth millions of dollars and placing his life on the line.
Karl Mullens was trapped. His sister, who had died of an overdose, had left him to pick up the debt, and that meant Karl was forced to join a gang he despised, to repay it. With the lives of his family in the balance, Karl endures the violence and pressure from the gang, until a new member joins them, goes through the brutal hazing and begins to show the top dog just how much of an asset he is by bringing big hauls of cash and heroin into their pockets.
What neither Karl nor Dee expected was the risky attraction that formed between them, and soon, both men learn each other secrets and sexual desires. Desires that place them in greater danger.
The only thing left for each man is the hope of getting out alive. But now Dee and Karl know they have an ally in this gang of murderers and thieves. Each other. And there is no doubt the bond they have created together gives them one choice; to kill to protect one other.
And on the mean streets of the worst areas of LA, death means nothing…
But Dee finds, love means…everything.

Similar books to 'I'd Kill for You'

Buy 'I'd Kill for You' from the following stores: