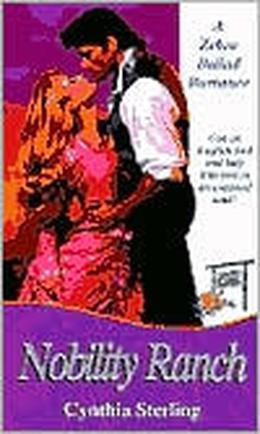 An English lady runs away to Texas, in pursuit of a groom.
Lady Cecily Thorndale has lived her whole life preparing for her future role as wife to the Earl of Devonshire. But when the future Earl, Charles Worthington, goes to Texas to oversee land the family has purchased – and stays there – Cecily decides the only thing to do is to track him down. Arriving in Texas with her lady’s maid and all the determination she can muster, Cecily sets out to conquer both the new world and her reluctant fiancé. She captivates her new neighbors and shows Charles that the one thing that’s been missing from his adventurous life is her. Originally published in 2000 under the title Nobility Ranch, To Love a Lady is the first volume in the Titled Texans series about a family of English nobility who set out to tame the American west. With humor, romance and authentic historical detail, To Love a Lady takes readers on a romantic journey to 1880s Texas.
more
Amazon Other stores
Bookmark  Rate:

All books by Cynthia Sterling  ❯