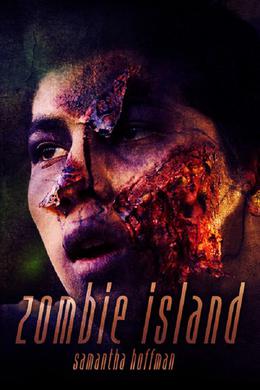 Samantha is holed up all alone in her apartment, trying to outlast the zombie apocalypse. During a routine trip into town for supplies, she is chased through the city by vicious Warriors, men that kill zombies, and make women wish they were dead. After being trapped on a roof at gunpoint, she is saved by the brothers Ryder and Reese, and she decides they might be her best chance for survival.

They set out from her apartment in search of a place that they can fortify and have a semi-normal life. Along the way, Samantha helps battle zombies, other survivors, and her growing feelings for both brothers. When they finally reach the island, the group settles in, trying to make the place as livable as possible. However, trouble quickly arises in the form of the Warriors.

They've tracked the group of four down to their new home, and are out for revenge. Warriors, bullets, and fire separate the four survivors from each other, but Samantha can't give up. She has not only herself to think about now, but another group of young girls that need her help. Can Samantha survive the Warriors and reunite her group?

'Zombie Island' is tagged as:

All books by Samantha Hoffman  ❯