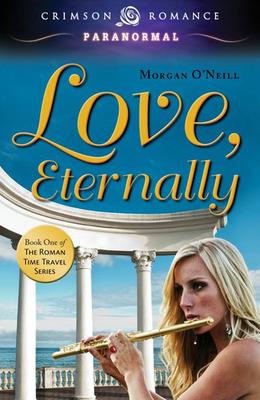 A witch's ancient curse propels talented flutist Gigi Perrin back to A.D. 408, to the court of the depraved Roman Emperor Honorius and his admirable sister, Princess Galla Placidia.

There, Gigi grapples with her disbelief about what has happened, and with the strange, new world of violent politics, social upheaval, and Visigoth barbarians straining at the very gates of an empire.

Through it all, she must struggle with her powerful attraction to a pagan senator and military commander, Quintus Magnus, a man exotically different from anyone she has ever known. On the brink of a dark and war-torn age, Gigi joins forces with Magnus, battling to save a princess and her people, and ultimately finding love amid the chaos, before the fall of Rome.

'Love, Eternally' is tagged as:

All books by Morgan O'Neill  ❯