A Map of Tulsa: A Novel 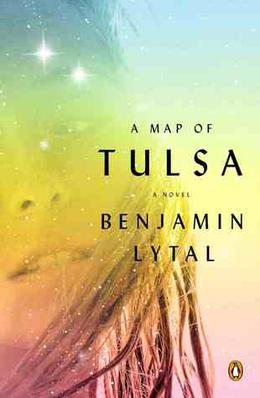 A stunning debut novel of first love set against the art scene of late-90s Tulsa by a former New Yorker editorial staffer.

The first days of summer: Jim Praley is home from college, ready to unlock Tulsa's secrets. He drives the highways. He forces himself to get out of his car and walk into a bar. He's invited to a party. And there he meets Adrienne Booker; Adrienne rules Tulsa, in her way. A high-school dropout with a penthouse apartment, she takes a curious interest in Jim. Through her eyes, he will rediscover his hometown: its wasted sprawl, the beauty of its late nights, and, at the city's center, the unsleeping light of its skyscrapers.

In the tradition of Michael Chabon's The Mysteries of Pittsburgh , A Map of Tulsa is elegiac, graceful, and as much a story about young love as it is a love letter to a classic American city.
more
Amazon Other stores
Bookmark  Rate:

Similar books to 'A Map of Tulsa: A Novel'

Buy 'A Map of Tulsa: A Novel' from the following stores: