The Loves of Charles II 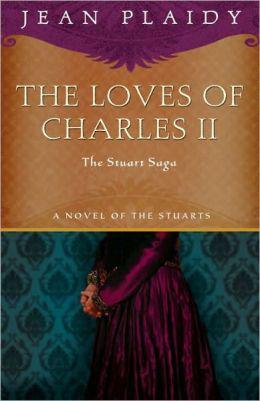 From princesses to country girls to actresses…the loves of Charles II come to life.

Ten years after Charles I was deposed and executed, his son, Charles II, regains the throne after many years in exile. Charles is determined not only to restore the monarchy but also to revive a society that has suffered under many years of Puritan rule, when everything from theater to Christmas festivals was illegal. As king, Charles II throws himself into the gaiety of court life, becoming a patron of the arts and a consummate lover of women. He first secures a strong dynastic alliance by marrying Catherine of Braganza, a shy, plain Portuguese princess who falls in love with her handsome husband and brings him great wealth, but can never give him the son he longs for. For many years, his “untitled queen” is a bold and sensual older woman—Barbara, Countess of Castlemaine—whose husband is routinely paid to look the other way. But when the politically ambitious Lady Castlemaine becomes too powerful, she is replaced by Louise de Kéroualle, a baby-faced French noblewoman who may have been sent to Charles’s court as a spy. His other great love, and Louise’s rival, is Nell Gwyn, a stage actress who rises from the streets of London to become the king’s favorite and a hero of the working class.

Court intrigue and affairs of the heart weave together in this unforgettable page-turner.
more
Amazon Other stores
Bookmark  Rate:

'The Loves of Charles II' is tagged as:

Similar books to 'The Loves of Charles II'

More books like 'The Loves of Charles II'   ❯

All books by Jean Plaidy  ❯

Buy 'The Loves of Charles II' from the following stores: