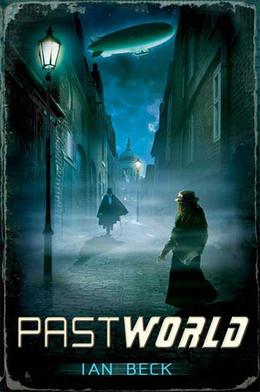 Pastworld is the greatest theme park ever devised. It's London - the real London - transformed into a living, breathing recreation of the Victorian era.

To Eve, a lifelong resident of Pastworld, horse-drawn carriages and gas lamps are modern technology. Eve doesn't even know she's living in a simulation - until she is forced to flee the only home she's ever known, and to confront the truth about her city and herself.

To Caleb, a tourist visiting Pastworld, the theme park is the perfect antidote to the stifling conformity and regulation of 2048. The gritty wildness of the past is thrilling - until he finds himself at the scene of a murder, holding the knife, and suddenly becomes a fugitive from an antiquated justice system.

And in the midst of it all, in the thick London fog, a dark and deadly figure prowls, claiming victim after victim. He's the Fantom, a creature both of the past and of the future, in whose dark purpose Caleb and Eve will find their destinies combined.
more
Amazon Other stores
Bookmark  Rate:

'Pastworld' is tagged as:

Buy 'Pastworld' from the following stores: