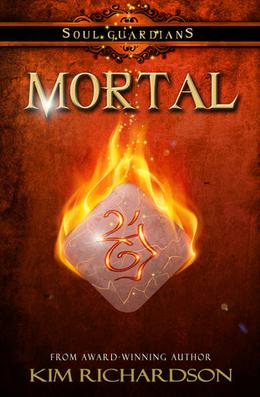 Librarian's note: This is an alternate cover edition for ASIN B00C1OB3HW.

As Kara settles back into the world of the living, she gets an unexpected surprise and finds herself back in Horizon—the Legion has given her a second chance. Kara and her friends face a new enemy: a Dark warlock, an ancient and evil adversary of the Legion.

But when Kara finds out that their GA weapons have no effect on Dark magic, can she defeat the warlock and save the mortal world from Darkness?

What’s worse, the Legion orders Kara to carry out her new mission undercover, as someone she never expected…
more
Amazon Other stores
Bookmark  Rate:

'Mortal' is tagged as:

All books by Kim Richardson  ❯

Buy 'Mortal' from the following stores: