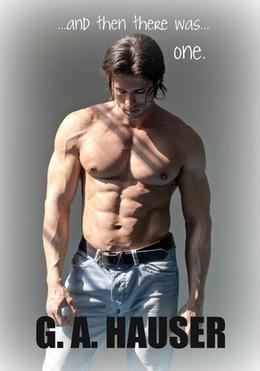 Working as a medic for the army special forces, Dan G. Wilson and his team came upon a troop of their own men, well behind enemy lines in a ‘safe zone’ all with symptoms of being exposed to poison gas. When Dan’s team reported their findings to their commanding officers, nothing was done about it, and the group remained baffled as to how US military troops were exposed and died if the gas did not come from the enemy.
Once his tour of duty was over, Dan did not reenlist, and neither did the men from his unit.

Back in civilian life, struggling from PTSD as well as a head injury Dan cannot function and is placed on disability. When he tries to contact the other members of his unit, he finds one by one, each of the men has died from ‘accidents’. Panicked he will be next, Dan changes his name to ‘Rudy Apollo’, leaves his home state of Indiana, and moves to New York City, where he hopes to blend in with the large population, and vanish from sight.

Darius Benson is a New York City firefighter/paramedic, who had lost his parents in the terrorist attack on 9/11. One evening before his shift ends, he is called to the scene of an accident, where a car drove on a city sidewalk and hit one man. Darius and his partner rush the man to the emergency room. On the way, Darius holds the man’s hand, trying to give him comfort, and Darius can tell something else is going on with this handsome victim of a mysterious hit and run. Off shift, Darius stays in the hospital until the man is out of surgery to see if he survives, only to witness two men in suits, also waiting for the victim.
When Darius realizes their intention is to inject this man with a syringe since he was not killed from the hit from a car, Darius intervenes and prevents the men from coming near the victim. Terrified to leave this man alone, Darius, with the help of his paramedic partner, move the man to Darius’ apartment in the Bronx. It’s then, as the man recovers with Darius’ care, that his story begins to reveal itself.

And now, both men’s lives are in the balance because of a cover-up that began on the battlefields in Afghanistan; a cover-up which has now become a fight to stay alive and find someone to trust in the Big Apple.
Both men know it is up to Rudy, the last surviving witness, to expose the incident to the media…

But in reality, it’s one man’s word against the war machine.

One lone medic from a squad of heroes trying to bring justice to murderers. And with the faith and love of a devoted fireman named Darius, Rudy realizes, anything is possible.
more
Amazon Other stores
Bookmark Rate Book

Buy 'And Then There Was...One...' from the following stores: