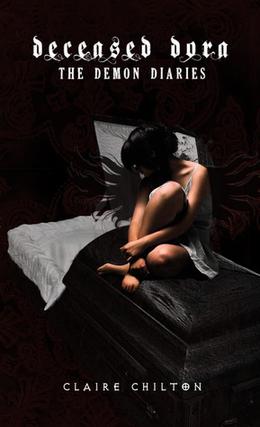 After being expelled from Hell, she woke up in her own coffin...

When Dora Carridine wakes up in her coffin, the first thing she plans to do is find out what happened to her friends since they were also exiled from Hell. But Dora didn't come back entirely human, and everyone keeps trying to kill her.

If she manages to avoid being bitten by an over-amorous, Victorian vampire, being captured by the Vatican and being roasted alive by her neighbours, then hopefully she can find Kieron and find out what she really is.

But first, she has to put an end to an ancient war amongst the paranormal beings on Earth. How hard can that be, right?
more
Amazon Other stores
Bookmark  Rate:

'Deceased Dora' is tagged as:

The 'The Demon Diaries' series