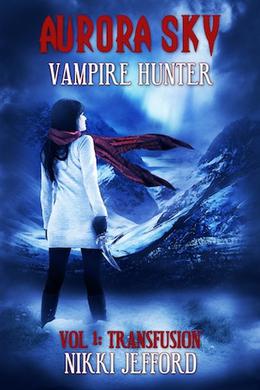 If there is one thing eighteen-year-old Aurora Sky wants, it’s to get off the iceberg she calls home. Being kissed before she graduates wouldn’t hurt either.

Then a near-fatal car wreck changes everything. Government agents step in and save Aurora’s life in exchange for her services as a vampire hunter. In Alaska. Basically she’s a glorified chew toy. All thanks to her rare blood type, which sends a vampire into temporary paralysis right before she has to finish the job… by hand.

Now Aurora’s only friends are groupies of the undead and the only boy she can think about may very well be a vampire. And if he’s a vampire, will she be forced to kill him?

'Transfusion' is tagged as:

All books by Nikki Jefford  ❯

Buy 'Transfusion' from the following stores: