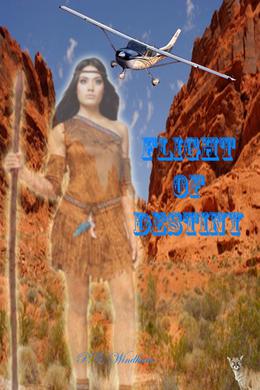 "Flight of Destiny" is the first book in the paranormal romance series "The Sorcerers" written and published by P.C. Windham. The Sorcerers is a law abiding motorcycle club whose members each have a special psionic/paranormal ability. Each book in the series is centered around a specific member of the club as they find their true love. "Flight of Destiny" deals with the club president Cleate EagleBear as he and the pilot of his chartered flight try to survive the New Mexico living desert after a freak windstorm caused them to crash. During their struggle for survival they both fight the emotions and longings they begin to feel for each other. Neither want a romance because of tragedies in their pasts, but it is inevitable as the spirit of Cleate's late fiance continues to meddle and tries to show Cleate and Jayla that they were destined to be together.
more
Amazon Other stores
Bookmark  Rate:

'Flight of Destiny' is tagged as:

Similar books to 'Flight of Destiny'

Buy 'Flight of Destiny' from the following stores: