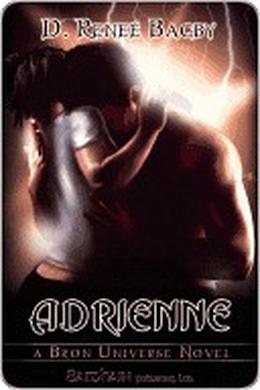 He crossed dimensions to claim her as his queen -- but her reign may destroy his world.

Adrienne
Backett wants two simple little things this spring break: rest and
relaxation. After nearly four years of slaving away for her college
education, she deserves a holiday. What she gets is pulled into another
dimension by a man who claims she's his rightful queen.

Malik,
King of Ulan, has until his birthday to find his bride or he must
forfeit his throne. When a spell reveals her location, he will do
anything, even cross dimensions, to claim her as his own.

As if
fending off a lusty king isn't enough of a headache, Adrienne finds
herself a pawn in a rival monarch's plot to bring Malik's world to its
knees. But is the real danger being stuck in the middle of a power
struggle between rival kingdoms? Or the damage Malik could do to her
heart?

'Adrienne (A Bron Universe Novel)' is tagged as:

Buy 'Adrienne (A Bron Universe Novel)' from the following stores: