One For The Wedding (By The Numbers #1) 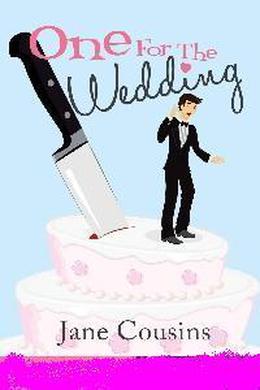 It was the society wedding of the year. A four day party extravaganza during which steel heiress Jami Creswell would wed nut and bolt heir Damian Olsen. Event organiser Ryan Callan thought she’d planned for every possible contingency.
But never in her wildest dreams could she have imagined that she’d bump into the magnetic Chase McNeil whilst she was wearing nothing but a smile. What happened next between them really wasn’t her fault. He was the one who flirted with her …. she only flirted back in self-defence. The bridesmaids have completely misinterpreted the whole thing and forming a posse to wreck vengeance on her life is just going way too far.
Then the bride goes missing! What else could possibly go wrong at this wedding? Only a murder, that’s what.
When an unidentified body turns up on the big day everything is threatening to come down around Ryan’s ears. With her business reputation on the line it’s up to Ryan to solve the mystery of the dead body, find the bride and work out just exactly what is going on between her and Chase McNeil.
Solve murder – check
Find bride – check
Stop flirting with Chase McNeil – urm ….let me get back to you on that one.
more
Amazon Other stores
Bookmark  Rate:

'One For The Wedding' is tagged as:

The 'By The Numbers' series

Similar books to 'One For The Wedding'

Buy 'One For The Wedding' from the following stores: