by Charlene A. Wilson 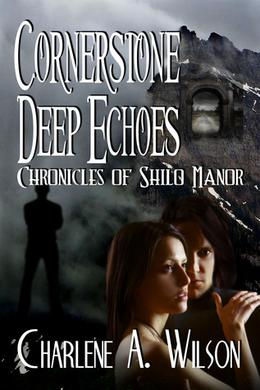 Mianna's return heals Cole's soul and he promises to follow her for the rest of his existence. But the past isn't what he believes. The fight for her has only begun.

Lord Dressen's obsession grows as unexpected knowledge is revealed. His search for Mianna spanned six life times and he won't give up now. The courts stand behind him. Power pulses through his veins. Determination peeks and not even Cole Shilo can stop him. He will win his prize.

Struggling to stay ahead, Cole's anger explodes. Nothing is sacred when it comes to keeping his love-not even covenants made with gods. The desire to end a life consumes him. Through all his efforts, lofty or damned, the truth remains. Will echoes of another life cause him to fail?

"Every breath you take is a song to my soul."
more
Amazon Other stores
Bookmark  Rate:

'Cornerstone Deep Echoes' is tagged as:

Recent books by Charlene A. Wilson

All books by Charlene A. Wilson  ❯