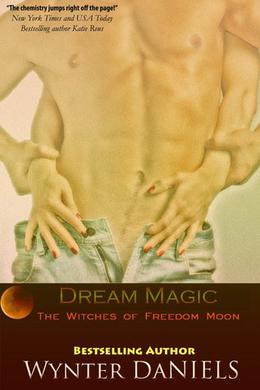 Dreamwalker Haley Parrish can’t work thanks to the nightmares that have been plaguing her. Not as long as she suspects the sexy man in her dreams is in danger. When he shows up at her door in the waking world, she must warn him. If she can’t convince him that her powers are real, he very well might die, as he does in her dreams.
Wes Henderson has no use for psychics since one of them swindled his grandmother out of her retirement money. But he can’t deny the pull that one beautiful dreamwalker has on him. Can he bring himself to believe before it’s too late?
more
Amazon Other stores
Bookmark  Rate:

'Dream Magic' is tagged as:

The 'The Witches of Freedom Moon' series

All books by Wynter Daniels  ❯