Set Her Up, Watch Him Fall 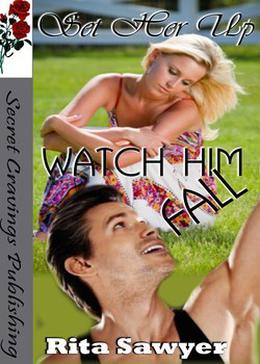 Kate Kingston and Brett Montgomery have been fighting their attraction for years. Kate’s older brother Darren has decided it’s finally time for them to admit the way they feel, or lose what he sees as their best chance at happiness. He puts a plan in motion to set Kate up on five blind dates, promising afterwards he’ll stay out of her love life forever. Brett is furious when he finds out.


Brett not only objects to the men Darren chooses, he objects to Darren’s whole plan. There’s no changing Darren’s mind so he sabotages the dates. He’s playing a dangerous game, because he comes way too close to crossing a line with Kate that he swore he never would.


Kate realizes Brett’s fear of losing her brother’s friendship might be stronger than his feelings for her. So with some help she comes up with a plan to find out.
more
Amazon Other stores
Bookmark  Rate:

'Set Her Up, Watch Him Fall' is tagged as:

Similar books to 'Set Her Up, Watch Him Fall'

More books like 'Set Her Up, Watch Him Fall'   ❯

Buy 'Set Her Up, Watch Him Fall' from the following stores: