Beauty and the Geek 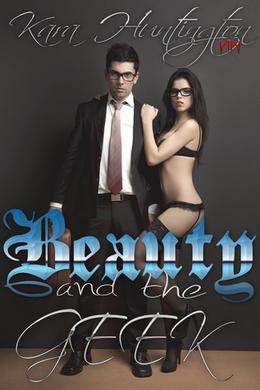 Sage was an out of work, down on her luck, classically trained artist when she met Tom. At that point in her life, all her hopes and dreams had been crushed and she was living in the back seat of her car. When Tom came around promising forever and a warm meal, Sage readily agreed.

For years she doggedly ignores Tom’s guarded behavior until she suspects he’s having an affair. Upon discovering his most secret possession, a little black book, she goes in search of proof. She discovers he is not only having an affair, but worse, he’s a hired hit man.
Tom catches Sage in the act of leaving him and quickly puts two and two together. Knowing what she now knows could land him in prison; he quickly decides that Sage has outlived her usefulness.
Sage survives the physical attack and makes tracks to get out of town fast. She has no real friends and nowhere to go except to a high school classmate’s wedding. There, she rediscovers Aden. Aden was the class’ sexiest genius. He wasn’t like the other guys, but Sage knows he’s always had a thing for her and the best part is, he lives across the country – three thousand miles away from Tom and his associates.
She offers him an arrangement; she’ll fulfill his every nerdy sexual fantasy if he takes her to live with him in the secluded northern woods of California.
more
Amazon Other stores
Bookmark  Rate:

'Beauty and the Geek' is tagged as:

Similar books to 'Beauty and the Geek'

Buy 'Beauty and the Geek' from the following stores: