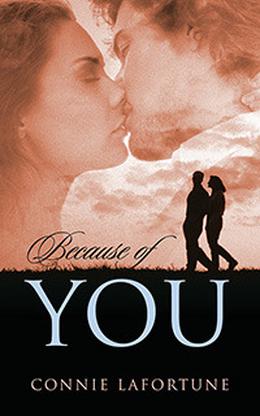 For 21-year-old Hunter Davis, being a lifeguard on one of South Carolina's most popular beaches has its benefits. With his chiseled body, panty-dropping good looks, and penetrating blue eyes, he's every woman's dream and every father's nightmare. So why would he want to commit to one woman? Love is not in his vocabulary. For 18-year-old Riley Hamilton, it's just the opposite. Her father left when she was six years old, and her mother has been angry and bitter ever since. Riley finds solace in the thought that one day she will be worthy of someone's love. So when her father calls-out of the blue-asking her to move to South Carolina with a free ride to USC, how can she refuse? When Hunter and Riley are suddenly thrown together, Hunter wonders if the demons from his past will come back to haunt him-or is the woman with the face of an angel the only one who can save him? Because of You is a sensuous and powerful debut novel-a story of love, loss, and the tragedy of holding on to family secrets.
more
Amazon Other stores
Bookmark  Rate:

'Because of You' is tagged as:

Similar books to 'Because of You'

Buy 'Because of You' from the following stores: