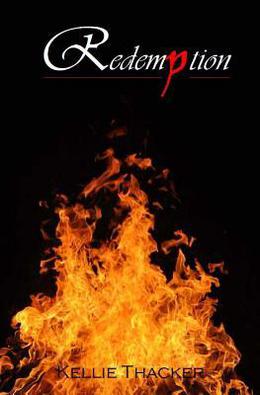 “The dark held new meaning for me now. There was a whole other world out there that I was just beginning to discover... A world that had once been only farce was now very real".

Enduring the death of her parents was the greatest struggle of Abby's Life. Forced to make a difficult choice, she moves from Kentucky to Maine to live with her grandmother–the only family she has left. Life after the death of her parents was very difficult. She faced depression, fell out of touch with her friends, and lost any faith she had in life and God. She wanted nothing more to do with either.

She made the decision to start college in Bangor. Attending the university in her home town of Louisville had always been a dream of hers–just another result of her 360 life turn around.

With the start of classes, it isn’t long before Abby discovers a darkness she thought only existed in the world of fiction and his name is Caleb.

Picking up his own shattered pieces of the malevolent life he’s trying to leave behind, Caleb finds himself drawing dangerously close to Abby despite the potential consequences. He too, has given up on anything remotely related to faith. He knows he’s lost his soul and has been sentenced to certain damnation. purposely throwing himself in the middle of a college campus was his way of enduring punishment for the terrible transgressions he committed against the human race.

Abby immediately finds Caleb interesting. They are drawn together by more than mere attraction and Abby discovers there may be more to their meeting than simple coincidence. Like a larger force is drawing them together. Even though there is a huge barrier between them, they need each other. She finds a refuge in Caleb for protection and in Abby, Caleb finds his soul.

Their faith in each other becomes tested when Caleb’s nemesis comes to town and Abby finds herself teetering on the edge of life and death. Believing that she is going to die, Abby grasps the faith that Caleb has brought back to her and holds it until the end.

Both struggling to sustain a life with some sort of meaning, they realize they are each others only Redemption.
more
Amazon Other stores
Bookmark  Rate:

All books by Kellie Thacker  ❯