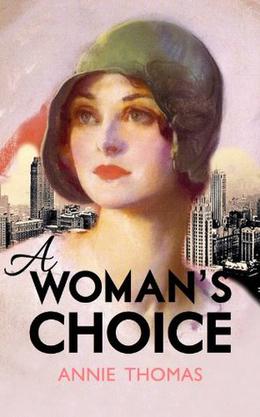 It is 1901. Queen Victoria is dead; a new era has begun. And on a cold April morning a young girl stands uncertainly on Liverpool Docks ready to board an emigrant ship that will take her to America and an unknown future. Michael, Luke, and Meg are amongst her fellow travellers, with the common bond that only determination and self-belief will sustain them in their new lives.

Set in the vibrancy of early twentieth century New York, the story follows Clara and the people she meets on the way, through tenement living and sweatshop labour to success in musical theatre.

But she discovers that she needs more than wealth and security to make her happy; when the past returns, she makes another choice which changes her life. Then, as the horror of World War One in Europe threatens to engulf America, Clara learns that personal lives cannot be lived apart from public events, and finds that the people she has loved, and who love her, are not always what they seem.
A Woman’s Choice is a compelling saga of friendship, love and ambition.
more
Amazon Other stores
Bookmark  Rate:

'A Woman's Choice' is tagged as:

Similar books to 'A Woman's Choice'

Buy 'A Woman's Choice' from the following stores: