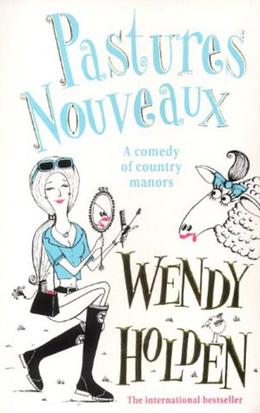 Rosie and Mark, a couple living in chic urban squalor, pine for the rustic bliss of country life. Newly minted, Samantha and Guy want the same thing -- on a somewhat grander scale. The four converge on the quaint village of Eight Mile Bottom. With its eccentric residents, including a reclusive rock star, a nosy postman, a foxy farmer, and one ghost with a knife in its back, the two couples are soon swept up in various romantic entanglements, mix-ups, slipups, and unlikely seductions in their search for ever-greener pastures.
more
Amazon Other stores
Bookmark  Rate:

'Pastures Nouveaux' is tagged as: