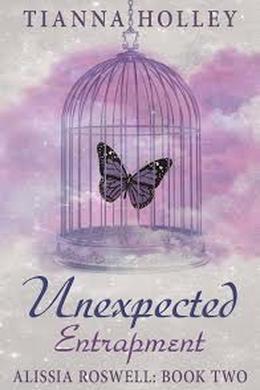 Alissia Roswell is far, far from home, and she won't be going back any time soon. After having been sucked through a wormhole, spat out half-dead in an alternate reality, and revived by Lamians-an ancient, magical people who trigger a profound metamorphosis in Alissia, giving her powers she never thought possible-Alissia becomes the subject of Alrik Durst's manipulation. Alrik has already usurped power in the city of Pallen, and with Alissia's arrival, he sees his opportunity to exploit the power of the Lamians to his bidding as well, driving the land ever closer to civil war. Held prisoner in the luxurious confines of the Eldership castle in Pallen, Alissia is forced to feign memory loss to protect herself and her friends while fending off the romantic overtures of Ian Durst-Alrik's all-too-charming son. Will the loves of her life, Grady Bolair and Luke Harrison, be able to help her escape? When she finally chooses between the two-Grady, the statesman, or Luke, the assassin-will it rip her alliances to shreds, casting uncertainty on her future?

Join Alissia as she learns to reign in her fiery personality, tries to accept her past, and struggles with the one thing that scares her most: vulnerability. Unexpected Entrapment: Alissia Roswell: Book Two will whisk you away to a world of mystical, menacing creatures and fantastic environs, where secrets abound and nothing is quite as it appears.
more
Amazon Other stores
Bookmark  Rate: