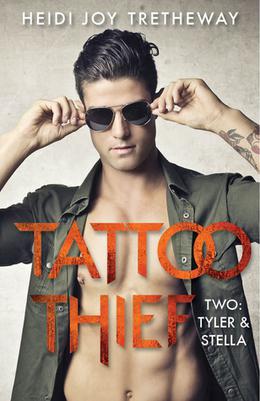 When the biggest story of her fledgling music journalism career nearly ruins her relationship with her best friend, Stella has one chance to redeem herself. She promises the bassist for the rock band Tattoo Thief anything in exchange for behind-the-scenes access. But Tyler doesn’t want anything. He wants everything —and that’s more than Stella is prepared to give.

When Tyler’s explosive secret thrusts Stella into the media spotlight, she must choose between selling the story and telling the truth—and exposing the truth about herself.

Tyler & Stella is a sizzling story of lust, lies, and sacrifice, revealing how much love can forgive.
This book is recommended for mature readers—it contains steamy romance and feisty characters who use strong language.
more
Amazon Other stores
Bookmark  Rate:

'Tyler & Stella' is tagged as: