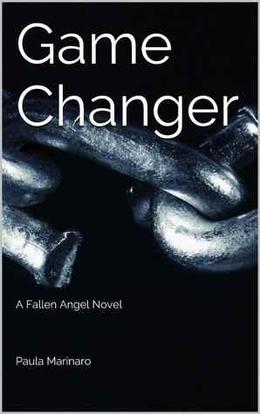 After a lifetime of uncertainty, Raine Winston shouldn’t be fazed by anything anymore. But she’s terrified. Terrified that her wayward sister, Claire, has gotten into debt dangerously over her head. Terrified that a muscle-clad biker named Diego doesn’t want payment with money—he wants much more. And terrified of the dizzying desire she feels whenever Diego touches her…

Diego Montesalto spends his days raising hell and his nights in the arms of fast, easy women. Tough, tattooed, and used to taking what he wants, he refuses to get emotionally invested in anyone. But he can’t stop thinking about Raine’s sweet smell, striking blue eyes, and quiet determination. She may have the spirit of a warrior, but she needs someone to guide and protect her.

When Raine has no choice but to go on the run, she falls straight into the Hells Saints’ mayhem-filled world…and into Diego’s strong arms. But in a life filled with hard choices, raw lust, and blood-soaked violence, is there room for loyalty…or love?

'Game Changer' is tagged as:

All books by Paula Marinaro  ❯