Before the Succubus (Succubus #2) 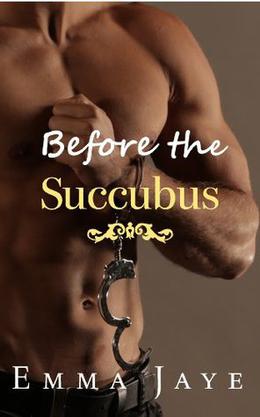 Note: This is the story of incubus Lucas Mitchell before he met Josie Dubois in ‘Seeking the Succubus.’ It contains some potentially upsetting adult scenes, and it is not necessary reading to appreciate the conclusion of the story in ‘Winning the Succubus’.
Grades are all that seem to be important to Lucas’ parents, that and securing their own future through his hoped for, lucrative career. The double standards of the older generation, especially their ‘do what we say, not what we do’ philosophy, makes life difficult for the most sought after virgin in school, especially as his parents indulge themselves as often as possible.
Sneaking out to go to a party proves just how unimportant grades are, and how little his parents told him about the supernatural world. It seems like sex demons like himself are in high demand by vampire clans. But if the blood suckers expected him to roll over and play the submissive, they had another thing coming. As anyone who knows him would say, he's a stubborn git. But it seems, as if that may be just what they want.
more
Amazon Other stores
Bookmark  Rate:

'Before the Succubus' is tagged as:

Similar books to 'Before the Succubus'

Buy 'Before the Succubus' from the following stores: