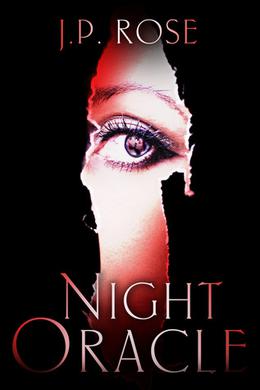 Nan Troy’s dreams come true but she sure as hell wishes they wouldn’t; they’re destroying her chances at love and the lives of those around her.

Cal Banks hates to close his eyes; that’s when the night terrors come, leaving him breathless and hollow as his past tries to catch up. He’s hounded by his crazy ex, his domineering sister, and the desperate patrons of his nightclub, The Nocturne. Fleeing day for the safe veil of night, Nan, a frustrated artist, is drawn to the moody ambience of Cal’s nightclub, and then by his magnetic allure.

Falling for each other is not in either of their plans. But neither is the sudden death of Cal’s former fling, which casts suspicion on Nan, nor the orphaned child with a claim to Nan’s past. As they spiral toward love, their attempts to untangle Nan’s dreams unleash a chain of events that imperils the child and Nan’s freedom. Nan will have to rely on a man she’s drawn to but barely knows, and the unpredictable oracle of her dreams, to save them all in this sexy novel of romantic suspense.
more
Amazon Other stores
Bookmark  Rate:

'NIGHT ORACLE' is tagged as: