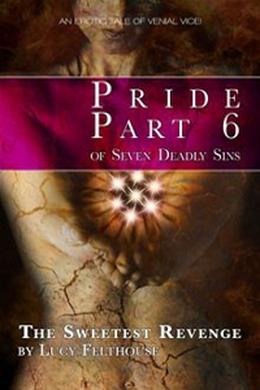 Abigail’s had a crush on Mackenzie the motorcycle courier for months, but Mackenzie doesn’t even know she exists. Nothing exists for Mackenzie, though, except for her pride and joy – her Ducati Monster.

After an unpleasant encounter, Abigail decides to get her own back on Mackenzie – in the worst possible way. Despite the pleas of her colleagues, Abigail plans to hide Mackenzie’s precious motorbike, and take the haughty bitch down a peg or two.

Naturally, when Mackenzie discovers her bike is gone, there are fireworks. It’s April 1st, so she suspects trickery rather than criminal activity, but that doesn’t mean the person responsible will be getting off lightly…
more
Amazon Other stores
Bookmark  Rate:

'The Sweetest Revenge - Pride' is tagged as:

All books by Lucy Felthouse  ❯

Buy 'The Sweetest Revenge - Pride' from the following stores: