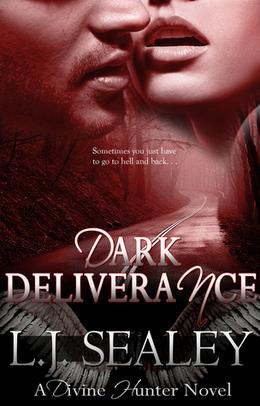 Sometimes you just have to go to Hell and back. . .

Forced apart, Lacy and Michael are now living very different lives. Michael is in Kentucky fighting demons and searching for a way to save his friend but even with the help of new allies he is hitting nothing but dead ends. Faced with no other choice, Michael returns to Hell and is determined to save Evo and put an end to his enemy so he can be reunited with the woman who holds his heart.

Lacy is trying to piece her life back together in Oakland but is struggling to fill the void that is almost tearing her apart. Just as she’s about to hit rock bottom, a new friend could hold the key to reuniting her with Michael. But at what cost?

Both find themselves in less than perfect circumstances. The repercussions of which lead them to discover a new threat born of Varesh and his growing army of demons: a new weapon, and a new plan that will ultimately lead to the end of the world as they know it. Will Michael’s new power be enough to destroy Varesh and protect not only the people he cares about, but also the rest of humanity?

It is highly recommended that this series be read in order due to the continuation of the story.

*This book contains some Adult situations and is recommended for age 17+*
more
Amazon Other stores
Bookmark  Rate:

'Dark Deliverance' is tagged as:

All books by L.J. Sealey  ❯