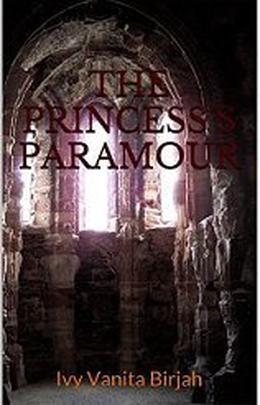 Upon the ending cusp of his rule, the King of Amalia conducts a tournament: the prize- his headstrong, reckless daughter, Shivanna who would rather die than be given awarded as a possession to one of the kingdom’s dull, noble ‘fancy men.’
Refusing to become a victim of her circumstances and seeing that her fate and future freedom lay in the balance, Shivanna takes matters into her own clumsily defiant hands.
At the tournament, she meets Benjamin, the royal merchant’s son who defeats his competition effortlessly. After his victory, Shivanna is condemned to his care. However, Ben does what he can to make her sentence bearable by introducing her to his world while teaching her the means of independence and self-reliance that she craves.
Against her better judgment she falls in love with him and they start planning their own futures away from the kingdom together. However, a tragic event threatens to shake apart their world and Shivanna is thrust into a role that will change her and her paramour's life forever as she is faced with the decision to forsake her lover or let her kingdom burn to ruin.
more
Amazon Other stores
Bookmark  Rate:

'The Princess's Paramour' is tagged as:

Similar books to 'The Princess's Paramour'

Buy 'The Princess's Paramour' from the following stores: