Capturing Caroline (Mates of the Lycaon #3) 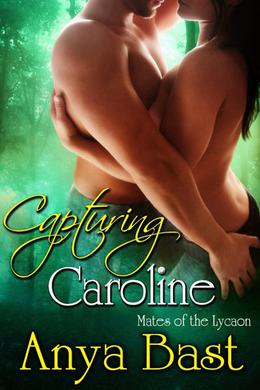 Grief-stricken by the strange disappearance of her two sisters, Caroline Gannett tries to go on with life…until one day she mysteriously vanishes from the world too.

Pulled through “the veil,” Caroline finds herself in an alien world and is swiftly drawn into an adventure with the sexiest man she’s ever met. Together they are an unstoppable force, sparking desire off each other from the first time they meet.

Torrent had hoped this would never happen. He has lived his life under a dark prophecy that is about to come true. Even so, the temptation Caroline presents is irresistible. He seduces Caroline’s body as surely as he binds her heart to his. They are a perfect match.

But that doesn’t change the fact that the prophecy proclaims he is destined to die. There is no denying it. There is no escaping it.

And if there’s one woman in the universe who makes him want to live, it’s Caroline.
more
Amazon Other stores
Bookmark  Rate:

'Capturing Caroline' is tagged as:

The 'Mates of the Lycaon' series

All books by Anya Bast  ❯