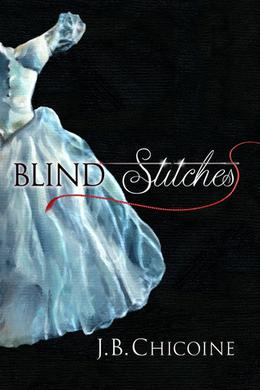 Nikolai Solvay has been dreading his sister’s wedding, but when his father dies unexpectedly two weeks beforehand, his return to New Hampshire promises to rake up his worst nightmares.

Meanwhile, talented young seamstress Juliet Glitch has been putting the finishing touches on the wedding dress. Mother of the bride—former prima ballerina and Russian expatriate—asks Juliet if she ‘would hem her blind son Nikolai’s trousers for the funeral’ … and the wedding.

When Juliet meets Nikolai, he draws her into the whirlwind of his unraveling family that makes her own quirky domestic situation seem normal. Confronted with the Solvay’s delusions and narcissism, Juliet must decide if her developing relationship with Nikolai is worth the turmoil as she deals with her own unreconciled past.

Either way, Nikolai cannot stave off the repressed memories surrounding his mother’s defection from the Soviet Union twenty years earlier. Against the backdrop of autumn 1989, during the Glasnost era, Nikolai’s family secrets crash alongside the crumbling Berlin Wall.
more
Amazon Other stores
Bookmark  Rate:

'Blind Stitches' is tagged as: