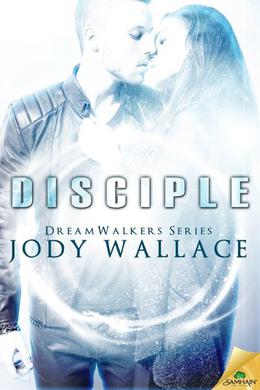 Conquer your inner demons . . . before they break free.

When student dreamwalker Maggie Mackey was first discovered by Zeke Garrett, now her mentor, their sexual attraction blazed off the charts, as did their tangible dreamspace bond.

Three months later, their relationship is as stalled out as Maggie’s training. Zeke isn’t sure what’s to blame. His clumsy mentoring, Maggie’s stubbornness, or something more sinister.

When the pair is summoned to a restricted outpost for troubled and sick dreamwalkers to investigate the deaths of several patients, a nightmare from Zeke’s past resurfaces to further complicate Maggie’s training. In fact, there’s a better-than-good chance she’ll be yanked away from him and reassigned to a curator. Disciples sent to curators are rarely heard from again.

To survive the secretive inner workings of their organization and the deadly new force emerging inside the sphere, Maggie and Zeke must confront their inner demons as well as their feelings for each other. Because in the world of the dreamwalkers, inner demons never remain politely inside one’s tortured soul. They prefer to manifest...and eat people.

'Disciple' is tagged as:

Buy 'Disciple' from the following stores: