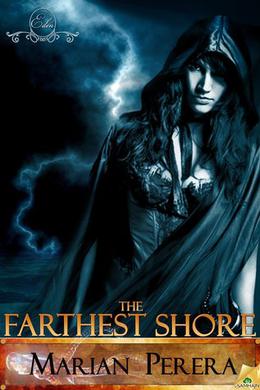 He’s racing for a prize. She’s running for her life. And they’re on a collision course.

Captain Alyster Juell is relishing the taste of his first command for the fleet of Denalay. The steamship Checkmate doesn’t carry weaponry, but that doesn’t matter. His mission is to win an ocean-crossing race—and its hefty prize.

As the voyage gets underway, Alyster hits his first snag—there’s a stowaway on board, a reporter who poked around for information about his ship the day before. And it’s too late to turn back.

Miri Tayes didn’t intend to stow away. She was forced to run for her life when a colleague discovered her secret: She can pass for normal but she’s a half-salt—daughter of a Denalait mother and a pirate father.

Despite her lack of seaworthy skills, Miri works hard to earn her keep, and Alyster, taken with her quick wit and steely nerve, falls for her. But as the race intensifies and the pirates use a kraken to hunt down Checkmate for its new technology, the truth could be the most elusive—and dangerous—prize of all.

Warning: Contains a reporter hiding a dangerous secret and the captain who’d like to strip her bare in more ways than one. Also pirates, prejudice and passion.

'The Farthest Shore' is tagged as:

Similar books to 'The Farthest Shore'

All books by Marian Perera  ❯

Buy 'The Farthest Shore' from the following stores: