Ghosts of Christmas Past (The Phoenix Institute #3.5) 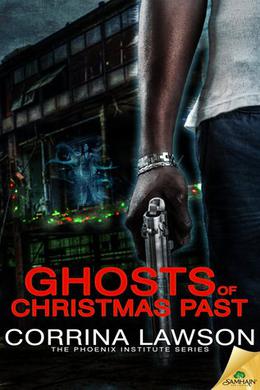 Christmas can be murder on a relationship that s on the rocks.

As Christmas approaches in crumbling Charlton City, Detective Aloysius James and his partner, Noir, are at a crossroads. Figuring out how to reconcile their careers with their relationship is harder than catching the bad guys.

Now that Noir has learned to control her invisibility and is making a name for herself among the city s artist collective, Al senses there s something she s keeping from him. And he doesn t know how long they can remain partners. Or even lovers.

Noir isn t sure how Al would take it if he knew how deeply he has touched her artistic soul, or how he could react if he saw the secret drawings that have helped heal the wounds of her past.

When a murder lands them on opposite sides Al ready to arrest a suspect Noir insists in innocent they re going to need to unwrap all the ghosts of their pasts to make this Christmas the first of many. Or it could be their last.

'Ghosts of Christmas Past' is tagged as:

The 'The Phoenix Institute' series

Similar books to 'Ghosts of Christmas Past'

Buy 'Ghosts of Christmas Past' from the following stores: