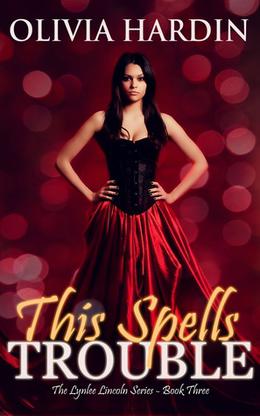 It took some work, but Lynlee Lincoln has finally found balance between her life as a witch and her relationship with Beck Hale. A human boyfriend with two kids wasn’t something she ever planned, but their new arrangement lets her have her cake and eat it, too. Just when she’s getting comfortable, puzzling visions of impending danger at home begin to haunt her dreams.

And if personal issues aren’t troubling enough, Lynlee and the entire organization of Neutralizers go on alert when a phantom creature begins staging magical episodes on live television. If they can’t put a stop to the sensational events, all hell will break loose in the human world. Can Lynlee keep both her new family and the world safe without getting swallowed up in the process?
more
Amazon Other stores
Bookmark  Rate:

'This Spells Trouble' is tagged as:

Similar books to 'This Spells Trouble'

All books by Olivia Hardin  ❯

Buy 'This Spells Trouble' from the following stores: