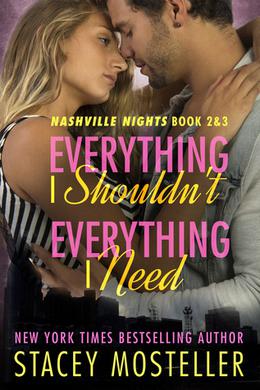 I didn’t plan on David getting suspicious, and I definitely didn’t plan on getting caught. My selfishness has cost Jeremy everything, my brother won’t even look at me, Lyric must hate me for practically blackmailing her to keep silent and my best friend is barely speaking to me.

Now my life is full of secrets and lies. The people around me have been affected by the choices I’ve made and the lies I’ve told. But what will they do when they discover the biggest secret of them all?

Jeremy is everything I shouldn't want, and the person I can't live without.

SarahBeth Pearson has made mistakes, and I might just be the biggest one of them all. After spending months keeping secrets and lying to everyone close to us, it’s all fallen apart and we are each left alone to pick up the pieces.

I’ve loved SarahBeth in one form or another her entire life. The steps that brought us closer together weren’t easy for me to take. After letting her dictate our relationship, I’ve found myself practically homeless and estranged from my closest friends.

Now I’m left trying to move on, finding a new place to live and getting everything I need in order, while she’s trying to mend her broken heart. There’s just one problem…SarahBeth’s still keeping secrets - and her secret just might change everything.
more
Amazon Other stores
Bookmark  Rate:

All books by Stacey Mosteller  ❯