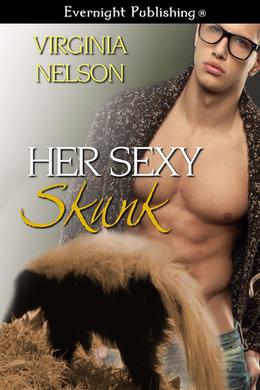 Christine Jarrods wants to be a writer of paranormal young adult fiction so she’s pursuing a degree in English. By day, she tackles Chaucer. By night, she stalks the streets looking for something magical to inspire her muse. Finding a thread that suggests one of her profs might be some flavor of shifter, she decides to dig…even though she’s been warned to let it go.

Oliver Standish has a secret. Like a lot of guys his age, he’s scraping by, delivering pizzas, trying to pay off loans from a failed attempt at school, and crushing on Chrissy—the one that got away in high school. Only his family knows he’s also trying to deal with being a shifter…he sure can’t tell Chrissy. With her fascination with magic, he knows she’d want to know more about it—but how do you tell a girl who wants to find a monster that you change into a skunk?
more
Amazon Other stores
Bookmark  Rate:

'Her Sexy Skunk' is tagged as:

Similar books to 'Her Sexy Skunk'

All books by Virginia Nelson  ❯

Buy 'Her Sexy Skunk' from the following stores: