Down Among the Dead Men 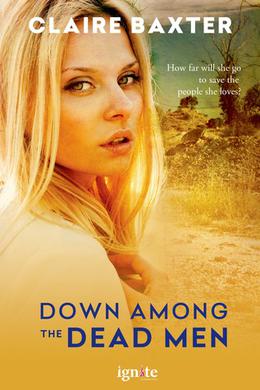 Caitlyn needs to find her estranged father or her mother will be thrown out of the home she loves, so Caitlyn ventures into the rough, tough world of the Australian opal fields. After rescuing a teenager from an attempted assault she learns that the girl, Max, is her half-sister. Their father is missing and suspected of stealing opals – an activity that could place both Max and Caitlyn in danger. Attempting to locate their father without alerting the police, Caitlyn enlists the help of Dale, a city lawyer turned lapidary, hiding out in the town to protect his daughter from death threats. Together they investigate, but progress is slow until Caitlyn stumbles upon a link between her father and organised crime, and into an investigation by the Federal Police.

After offering herself as the go-between in a ‘sting’, Caitlyn realises that she’s put Dale’s life at risk and in order to save him, she does the one thing she’s sworn never to do. She battles crippling claustrophobia to descend into the darkness of an underground opal mine where her father’s dead body is lying. With the criminals either arrested or dead, Caitlyn accepts that she’s found more than she went looking for. She’s fallen in love with Dale, but there’s no way he’d consider moving back to the city, not when a move would expose his daughter to danger. He doesn’t ask her to stay so she makes a new life for herself and her sister in Adelaide...until the death of the man threatening his family allows Dale to confess his feelings for her.
more
Amazon Other stores
Bookmark  Rate:

'Down Among the Dead Men' is tagged as:

Similar books to 'Down Among the Dead Men'

More books like 'Down Among the Dead Men'   ❯

All books by Claire Baxter  ❯

Buy 'Down Among the Dead Men' from the following stores: