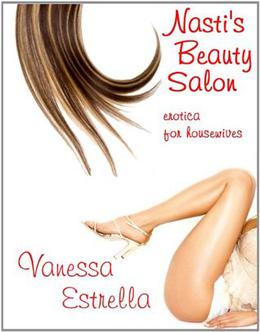 A remote but very special beauty salon in the Lake Tahoe mountains makes their clients feel sexy from the inside out.

First in a series of 4 sexually charged adventures.

EXCERPTS
... I had been brought to boil twice with no pasta.

... What had I gotten myself into? Sure, I knew these people were kinky. I had partied with them on many a night where we all ended up in someone's arms in the morning. Sure, we had gone almost everywhere one could go on the Crazy Train, even the caboose.

... There is something primal in the deep bass tones of a Harley Davidson hog. Something that starts in your inner belly and moves internally right up to your racing heart, something that says you are in the presence of power. Get a dozen or so together coming toward you and it can either terrify you or vibrate the panties right off your hips!

REVIEWS
I liked the title, having been to a rather risque beauty salon in my college town, but this story! It's embarrassingly provocative. Never have I considered some of the "hook-ups" described here as something I would ever be interested in, yet, I found myself fantasying about some of them for days.
- Sally S. Omaha NE

I've read the book three times this past weekend. My boyfriend swears I ate a bottle of viagra!
- Ann A. Jacksonville, FL

At first I thought this was just another nasty romance pulp production. However, Ms. Estrella's writing put humor and a surprising amount of sensitivity into her robust sexual concepts. Bravo! More!
- Cynthia S. New York, NY

I have NEVER purchased a book like this before, but I got it because it was on the Kindle and I could "hide" it better that way. At night I read only one chapter to my girlfriend to "boil the pasta"! Better than dinner and a movie and a cocktail!
- Jimmy G. Los Angeles, CA

For ADULTS only please.
more
Amazon Other stores
Bookmark  Rate:

'Nasti's Beauty Salon (erotica for housewives)' is tagged as: