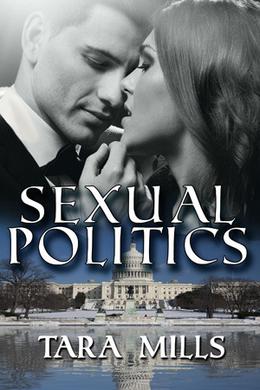 Is the scandal worth it? Only she can answer that.

For two years Justine Hubbard has played the supportive wife role for her husband in public…and nowhere else. Senator Gary Hubbard's philandering ended her love for him. But sometimes there are reasons people decide to maintain the illusion of a happy marriage when the relationship is over.

Living a lie until after the election wasn't an issue—until she met Sean O'Donnell. She can't fool the perceptive photographer. He understands her. He wants her. After feeling invisible to her husband, that's an intoxicating discovery. But having condemned her husband for his hushed affairs, it would be hypocritical to give in to her desire for Sean.

All it would take is a whisper of scandal for her husband's political enemies to bring him down. She wouldn't dream of sacrificing Gary's career, their causes, and her own good name. But how can she stay away from Sean now that she's fallen for him?

'Sexual Politics' is tagged as: