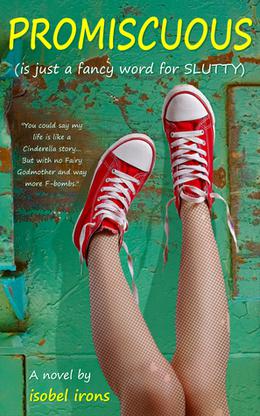 ***Mature Content Advisory. Frequent Use of Strong Language Beyond This Point.***

Natasha “Tash” Bohner just turned eighteen. Theoretically, that should mean escaping from trailer park purgatory—and her less than stellar relationship with her widowed mother—and running away to Los Angeles with her anorexic best friend, Margot. But as we all know, life is known for taking some very shitty, unexpected turns. Already the scourge of the Guthrie High gossip mill, Tash’s undesirable reputation explodes into infamy when she assaults the captain of the wrestling team. (Despite the fact that he deserved it,) the principal tells her that she’s on her last strike.

Again, see: above. Re: shit happens. When Margot’s will to live is finally severed by the leader of the Guthrie Bitch Squad, Tash vows to get revenge on the most popular girl in school—no matter what it takes. Because of a promise she made to her favorite teacher (to not get expelled), Tash is forced to get creative. She realizes she’s going to have to beat the popularity-obsessed Becca Foster at her own game, by running against her for prom queen. And winning.

In order to succeed, Tash will have to do the unthinkable: she’ll have to join student government, pretend to be well-adjusted, and actually try in school. Also, she’ll have to quit swearing so goddamn much.

It’s like a fucking Cinderella story up in here. Only, it’s high school. So there aren’t any happy endings. (Just beginnings.)

PROMISCUOUS is a novel of “mature YA” / New Adult contemporary hard knocks, with a little bit of romance and a dark, yet FAR too relatable twist.
more
Amazon Other stores
Bookmark  Rate:

'Promiscuous' is tagged as:

All books by Isobel Irons  ❯

Buy 'Promiscuous' from the following stores: