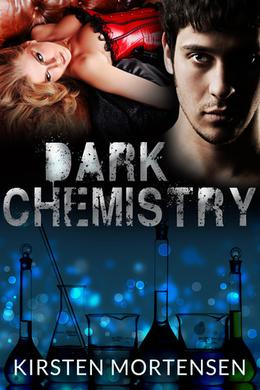 Is it Love? Or is it … Dark Chemistry?

And if she wants to inherit his fortune, she has to leave sunny Southern California for a backwater little town near Syracuse, New York. She has to run RMB, the multimillion dollar chemical company her father founded. And she has to run it well. Keep RMB on track, and she’ll be rich. Grow it, and she’ll be even richer. But mess it up, and her inheritance will shrink away before she gets a chance to spend a dime.

All Haley Dubose has ever known is beaches and malls, clubs and cocktail dresses.

But her mother’s boy toy is burning through the cash, and worse yet (ew!) the two are talking marriage. If Haley wants to keep living her California dreams, she needs money of her own. And that means she has to transform into a successful business executive – fast.

Donavon Todde is her true love. But is it too late?

He’s RMB’s head of sales – and the more Donavon sees of Haley, the more he’s smitten.

Sure, she comes across at first as naïve and superficial. But Donavon knew Haley’s father. He can see the man’s better qualities stirring to life in her eyes. And Donavon senses something else: Haley’s father left her a legacy more important than money. He left her the chance to discover her true self.

Donavon has demons of his own. He’s reeling from a heartbreak that’s taking far too long to heal. But he’s captivated by this blond Californian, and not only because of her beauty.
It’s chemistry. They’re right for each other.

But has Donavon waited too long to woo this woman of his dreams? Because to his horror, his beautiful Haley falls under another spell.

A web of evil

Gerad Picket was second-in-command at RMB when Haley’s father was alive. And with Haley on the scene, he’s in charge of her training. But there are things about RMB that Gerad doesn’t want Haley to know.

RMB’s odd but brilliant head chemist has invented a line of synthetic pheromones.

These mysterious chemicals have no scent. They bypass conscious awareness. They are completely undetectable.

But make no mistake: they can exert powerful effects – and Gerad knows it. He’s been using pheromones to attract and seduce women. To drive his enemies insane. And possibly even to kill.

And Gerad knows something else: RMB’s secret pheromone compounds are worth millions. Perhaps billions.

Gerad’s been waiting his whole life to hit the jackpot, and he’s almost there. An international conglomerate wants to use RMB pheromones to hook customers on their products. And a mysterious agent from the U.S. government wants access to RMB pheromones as well.

More sinister than the NSA spying scandal: a government plot to drug an unsuspecting public.

It’s enough to make even Gerad uneasy – especially when he suspects he’s under surveillance. But who cares? He’s going to be rich, rich, rich. Only Gerad has a problem. He has to keep Haley Dubose under control.And what better way to control a silly young woman than by seducing her?

A man who poses as a connoisseur of European tastes and worldly experience. Who takes her out to dinner. Plies her with fine wine, expensive cognac. And then drugs her with something that makes her think she’s falling in love.

* Will Haley realize that her feelings are not her TRUE feelings?

* Does Donavon have the strength left to fight for the woman he loves?

* Will the two of them uncover Gerad’s plot to use RMB pheromones to enslave the world?

* And even if they do – can they stop it?
more
Amazon Other stores
Bookmark  Rate:

'Dark Chemistry' is tagged as:

All books by Kirsten Mortensen  ❯