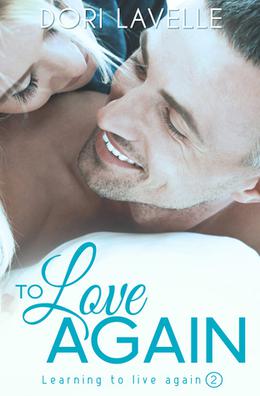 ** Due to sexual content, this book is not intended for readers under the age of 18. **

Shaun Brannon is broken to the core. But even though Kelsey's heart is cracking as she helps him carry the weight of his past, she can't walk away from her promise to be there for him, and she can't ignore her deepening feelings. So she tries to accept the little he's offering, even though she wants it all. But after months of wrestling with her emotions, she decides she must risk losing him by asking for more than he's prepared to give her.

Shaun won't admit it, but he aches for more than Kelsey's warm body in his bed. The problem is, something stands between them. The whole truth about what happened eight years ago. When Kelsey demands to have all of him or she'll walk away, he knows the time has come to tell her the truth. But the fear of reliving the past is just as paralyzing as the thought of losing her.
more
Amazon Other stores
Bookmark  Rate:

'To Love Again' is tagged as:

The 'Learning to Live Again' series

Similar books to 'To Love Again'

Buy 'To Love Again' from the following stores: