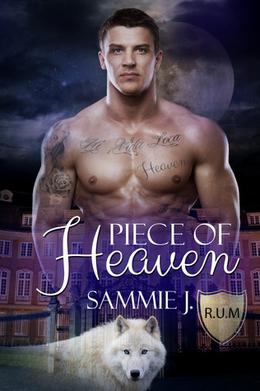 Aaron Calnan has seen enough of the horrors of war. He wants to put it behind him, take his life in a new direction. But when he takes a strange military posting for an organisation called RUM, he has no way of knowing the challenges he will face. His decision takes him into unknown territory with unexpected twists and turns. Now, Aaron finds himself immersed in a world where humans work within the realms of the paranormal, where Werewolves and Vampires become friends and Fae like to kick your ass. He discovers that humans are not inferior and that even paranormal beings have their vulnerabilities. Then, one encounter changes everything and Aaron finds his life turned upside down. Will he finally find his own piece of heaven?

WARNING. Written in British English. Also written from a male POV. The use of swear words is very heavy in this story so if you are easily offended you have been warned. Graphic descriptions, sexual situations and strong language. 18+ advised.
more
Amazon Other stores
Bookmark  Rate:

'Piece of Heaven' is tagged as:

Similar books to 'Piece of Heaven'

Buy 'Piece of Heaven' from the following stores: